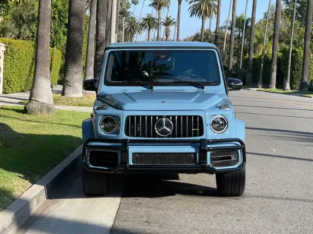 Dimensions The boxy exterior may seem familiar, but the body panels are all-new compared to the previous-generation, a somewhat cramped car. The total length is 191.9 inches, including the trunk-mounted spare tire carrier. It’s shorter than both the ...

The boxy exterior may seem familiar, but the body panels are all-new compared to the previous-generation, a somewhat cramped car. The total length is 191.9 inches, including the trunk-mounted spare tire carrier. It’s shorter than both the Bentley Bentayga (202.4 inches) and the Lamborghini Urus at 201.3 inches. The 113.8-inch wheelbase is the most crucial figure, dimension-wise. The previous car had a 112.8-inch wheelbase, resulting in cramped rear seats. The additional inch has been used to increase the practicality in a big way. The AMG G63 SUV stands 77.4 inches tall and 86.1 inches wide, including the side mirrors, and weighs in at a hefty 5,842 pounds. Colin Chapman is spinning so hard in his grave, you could use him to supercharge a Tesla.

The previous-generation G63 was a fast car. It was almost comical the way it could sprint to 60 mph in just over five seconds. The current-generation G63 is not comical at all. It’s a seriously fast machine that posts acceleration figures we associated with supercars ten years ago. Mercedes-AMG claims it will do the 0-60 mph run in just 4.5 seconds, but we know for a fact that it’s faster than that.

With 577 horsepower and a monumental 627 lb-ft of torque from the engine, the G63 always feels fast. You have to concentrate extremely hard to notice the turbo lag. And the G63 wants to be driven fast. The first quarter of the throttle is reserved for lazy, linear power delivery. The last three quarters unleash a barking beast that forces you deep into the sumptuous leather seats. Overtaking power is astonishing and quite scary to those around you. The dual side exhausts are mounted on both sides of the vehicle, so if you overtake a slow, nervous driver, they get the full, in-your-face Gatling gun soundtrack. We’re not even joking. The G63 is so loud that it makes people nervous. On more than one occasion, we could see someone diving to the ground while the G was gearing down. It’s exceptionally antisocial.

One of the best V8s in modern history comes equipped as standard – a compact, hand-built 4.0-liter bi-turbo V8. Thanks to its hot-V configuration, the turbochargers are nestled neatly within the V. Production figures peak at a satisfying 577 hp and 627 lb-ft of torque. This rude amount of power is sent to a permanent four-wheel-drive system via a nine-speed AMG Speedshift transmission. The top speed is limited to 137 mph, or 149 mph when the AMG Driver’s Package is equipped. This is probably for the best, as there aren’t enough brakes in the world to slow this domesticated tank down from 180 mph.

While the power is impressive, the torque is the real hero. All of it is available from 2,500 rpm, and the gearbox does a splendid job of ensuring that it’s always on hand when the G63 is on the move. The higher gears are reserved for silent cruising on the freeway. As much as we may love that glorious V8 soundtrack, it will drive you mad after an hour or so.

The current G63 weighs close to 6,000 lbs and was designed using a ruler. It was never going to cut up the canyons like a supercar, but it’s a revelation compared to the old model. The previous model still had a solid axle at the front and a rudimentary stability control system. It would understeer like a drunken rhinoceros, and you could never put your elbow out the window through a corner because, if you did, you’d end up with the mother of all roasties. That’s how much it leaned through the corners. The stability control system essentially just cut the power. If the steering was turned more than 35 degrees, it simply wouldn’t give you access to all the power, even with the nannies turned off.

The current model has an independent suspension all-around. It still rolls and understeers, but you can now at least lower the window and put your elbow out. The steering is much better and less tractor-like. It feels like it is connected to the front wheels, and it weighs up nicely as the speed increases. Stability is good at freeway speeds, but the brick-like exterior creates so much wind noise that even a well-crafted Mercedes interior can’t keep it out.

Over the years, we’ve listened to many people boast about how their XYZ is better off-road than the “soft” G63. “It has side exhausts,” they say. “Too fancy to do any real off-roading,” they add. Sorry, but you’re wrong. Yes, the G63 has a few things counting against it, like the road-biased tires and the side-mounted exhausts, but the sheer power can overcome almost every obstacle. This car has locking differentials in the front, middle and rear, remember. If you are keen to explore and go off-road with the new G63, invest in an additional set of alloys with some all-terrain tires. Keep them in the garage and slap them on when needed.

The G63 destroys gas. The fuel consumption is so bad you’d think the car has a personal vendetta against premium unleaded. Suffice to say that if you consider yourself an environmental activist in any way, avert your eyes now. The EPA-estimates for the G63 are 13/16/14 mpg for city/highway/combined. Show any kind of enthusiasm behind the wheel, and those gas mileage figures will drop to single digits. On the plus side, Mercedes-AMG equipped the G63 with a huge 26.4-gallon tank so you could get a reasonable 370 miles between refills.

The G63 destroys gas. The fuel consumption is so bad you’d think the car has a personal vendetta against premium unleaded. Suffice to say that if you consider yourself an environmental activist in any way, avert your eyes now. The EPA-estimates for the G63 are 13/16/14 mpg for city/highway/combined. Show any kind of enthusiasm behind the wheel, and those gas mileage figures will drop to single digits. On the plus side, Mercedes-AMG equipped the G63 with a huge 26.4-gallon tank so you could get a reasonable 370 miles between refills.

While the exterior styling has been largely similar since the very first model, the interior of the AMG G63 is modern Mercedes-Benz. It’s an interior befitting of a car that costs more than $150,000. It’s not just the quality materials or the craftsmanship. There’s so much attention to detail. The buttons for operating the three differential locks are exactly where they’ve always been. The beautifully crafted grab handle in front of the passenger seat is another homage to previous models.

The turbine-style air vents are stunning, as is the massive digital cluster/infotainment screen. It may look like a box on the outside, but on the inside, it’s as modern as any other high-end Mercedes-Benz.

The boxy exterior translates to a big interior, with more than enough room for five adults. The headroom in the front is 41.9 inches, and rear passengers get 40.5 inches. The legroom is 38.7 inches in the front and 39.5 inches in the rear. The best thing about the current G-Class is that you no longer feel like you’re sitting on top of it. The current car seats are mounted lower down, and it feels like you’re sitting in the vehicle.

The G-Class has a trunk-mounted full-size spare tire. It would have been fine if there was some power-assistance, but alas. If you have a G63, there’s a good chance you’ll have access to a posse with roid rage or some peasants to do your bidding. Once they’ve opened the side-hinged gate, you’ll have access to the 38.1 cubic feet of cargo space. You can easily load three large suitcases and some smaller bags in there. The G’s rear seats can be folded down in a 60/40 split to create 68.6 cubic feet of cargo capacity.

Interior storage is good, thanks to an average-sized glovebox, door pockets, and an armrest with storage compartments between the driver and front passenger. 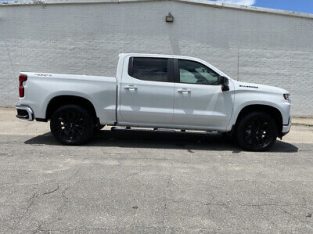 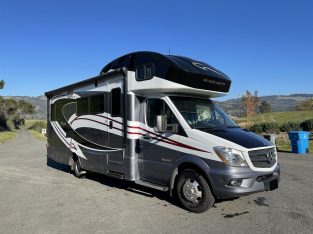 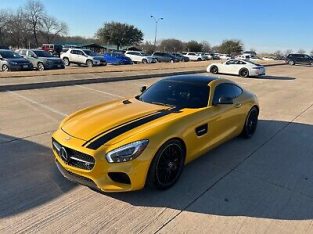 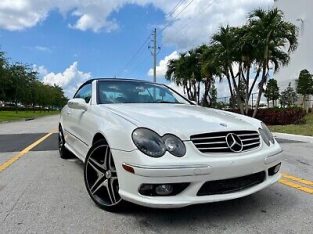 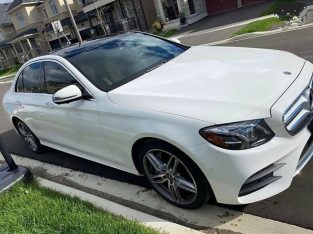 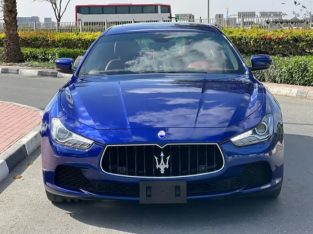 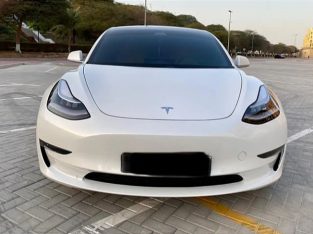 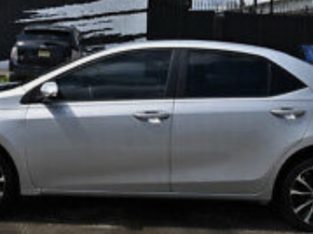 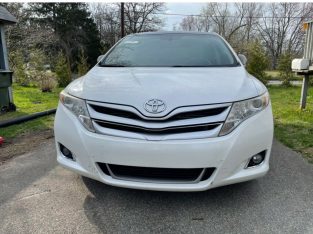 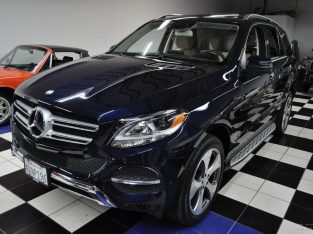 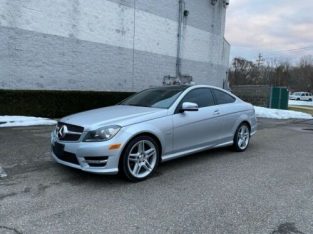 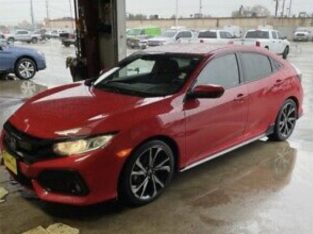 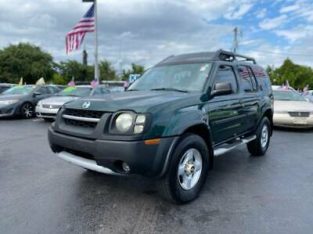 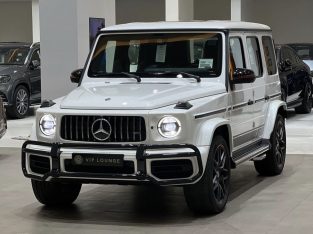